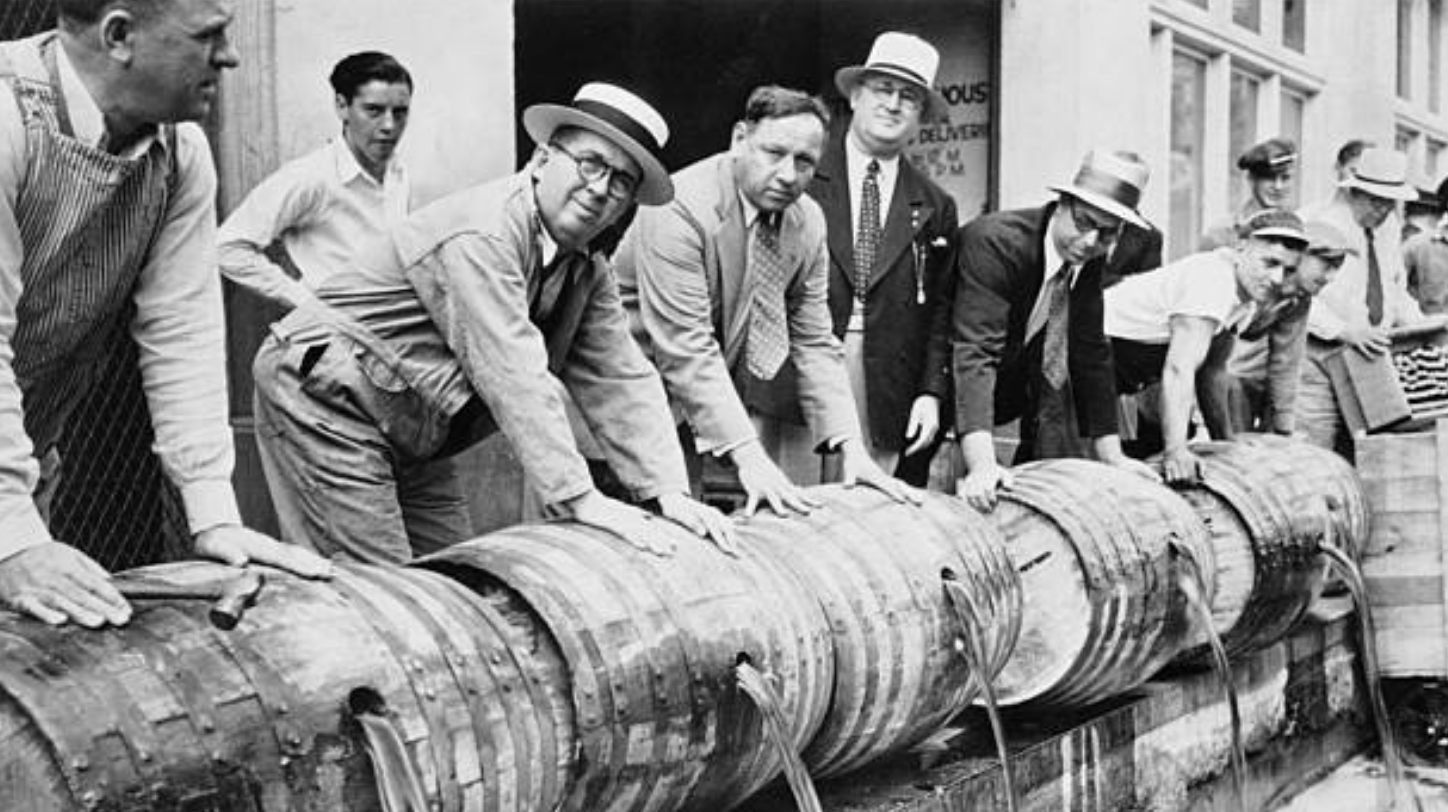 Alcohol being poured away during prohibition  https://www.millracenorthville.org/events-1/lecture-series-bathtub-gin-and-rum-running-in-detroit-and-michigan

It’s fair to say that the last few weeks has seen a ramping up of the debate on all sides of the arguments concerning the gambling industry.

Some of the debate has been worthwhile, but a fair amount has also been extremely unhelpful, not least some of the language used.

In many quarters there seems to be an obsession with comparing gambling harms to alcohol, tobacco and illegal drugs.  J4P appreciates this and at times it’s unavoidable, but everyone’s ‘addiction’ is different, so trying to compare all the ‘addictions’ associated with one industry is impossible let alone between industries.  It’s not a competition as to which industry is best or worst, it’s about trying to better understand each person’s ‘addiction’ and the best ways to stop said addictions happening, continuing or reoccurring.  The latter is a huge problem in the case of gambling.

This blog isn’t going to point fingers at named individuals, this has never been the role of J4P, except for a tiny number of people who often ‘through the first stone’ or struggle regularly to tell the truth.

The clue to the rest of this blog is the title.  The word prohibitionist seems to be taking prominence in debates about gambling, so what is the definition of prohibition: “Prohibition is the act of forbidding or outlawing something” (https://www.vocabulary.com/dictionary/prohibition).

As discussed later prohibition and UK gambling is a fallacy any time soon, however there is certainly passion.  This is perhaps best defined as ‘a passion for‘, e.g. “An extreme interest in or wish for doing something” (https://dictionary.cambridge.org/dictionary/english/passion).  In this case it is a passion for making the gambling industry as safe and fair as possible.  This isn’t prohibition, in fact it bears no resemblance to it.

If you’ve used the word prohibitionists recently in relation to the Gambling Related Harm All Party Parliamentary Group (APPG) and their supporters, you either don’t understand English or you have an agenda for doing so.  Just take five minutes to think about Iain Duncan-Smith a prominent member of the APPG and think how silly you’re making yourself look.  Whether you agree with Mr Duncan-Smith’s political views or not can you ever imagine him being in favour of prohibition?  The concept is ridiculous.

It’s perfectly understandable that some members and supporters of the APPG will display passion.  Some have been reading about and listening to harrowing stories of gambling harm.  Some have experienced harm, including gambling related suicides in their families.  Unless you have a ‘heart of stone’ this has an effect on you.  At J4P we’ve been reading these stories for 4-years now, but even now another story comes along that ‘knocks you sideways’.  Try reading detailed explanations of failed suicide attempts caused by gambling and you may appreciate why people are showing passion.  J4P would argue that it’s amazing some of the APPG members and their supporters aren’t prohibitionists.

Thankfully the large group of people J4P has contact with realise that prohibition is a worse option than a well regulated licensed industry.  There will always be discussions about what form regulation should take.  This is perfectly understandable and reflects what is presently happening.  These arguments DO NOT include prohibition.

Those people who write about their right to gamble being taken away (prohibition) live in a different world from J4P, e.g. a fantasy world.  All those who do unpaid work for J4P bet.  Except for the gambling companies who’ve restricted our accounts we can bet or gamble if we wish 24/7, 365 days per annum in the UK.  Like the rest of the UK population we are bombarded with gambling marketing.  Does anyone with ‘half an ounce of common sense’ believe the UK is going to go from the present status quo to prohibition any time soon?  As stated, if you do, you’re making yourself look silly.

The exception to this, is if you recognise that the same language has been used by tobacco, alcohol and junk food/sugary drink lobbyists for decades, so why not try it for gambling.  J4P’s suspicion is that it’s nothing to do with people being silly, far from it.  It’s a ‘language PR campaign’ being used by well informed people.

It’s a campaign that will recruit those with certain views about government intervention and free markets, and those who like a bet but don’t take the time to read about what is really happening concerning future regulation.  Despite decades of crying prohibition by lobbyists people are still smoking, still drinking and still eating junk food.  Companies are making billions out of these products worldwide the same as gambling companies will continue to do from gambling for the foreseeable future.

The use of the word prohibition is nothing more than a slogan with the objective of recruiting supporters in order to slow down the constructive changes that are needed to make gambling safer without taking the option of being able to gamble safely away for those who wish to.

Please never take anyone seriously who ‘shouts’ about the danger of gambling prohibition in the UK.  They are much more likely to be a danger to the aims of a safer and fairer future gambling industry than a help.