For all of you who’ve played competitive team sports there’s little worse than having a colleague who doesn’t turn up.

We’ve all had teammates who’ve had convenient injuries, e.g. in my case, it was whenever my rugby league team was drawn away in the Yorkshire cup at a local Castleford side. It was inevitable; the best you could hope for was a loss without pain.  Often, it was a loss with pain for the following week, so a couple of players sometimes developed a mysterious muscle tear or whatever.  But, this is nowhere near as bad as not turning up.

Why is J4P writing this?

On Thursday BBCr4’s ‘You and Yours’ ran a story on the UK’s gambling black market (https://www.bbc.co.uk/sounds/play/m000s2qz [from 28m 19s in]).  There has been a lot of publicity about this recently, primarily based on a report written by PwC funded by the Betting and Gaming Council (BGC) (https://bettingandgamingcouncil.com/uploads/Downloads/PwC-Review-of-Unlicensed-Online-Gambling-in-the-UK_vFinal.pdf).  The study itself also involved William Hill and Entain to a greater or lesser degree.

Quite rightly, all three companies and one reputation management organisation were invited on to the programme, along with two people who’d had a gambling disorder.

In the present ‘crazy’ world of UK gambling discourse some people would argue (not J4P) that this story was a potential competition, sport if you like, where there could have been six players, four on one side and two on the other.  Sadly, it was a ‘walk over’ as four players from one team didn’t turn up.

Is ‘You and Yours’ the equivalent of a local Castleford rugby league club?  Even if it is, four highly paid professional players (not amateurs), in effect, developed a mysterious muscle injury and didn’t turn up, albeit the BBC did feature a brief edited recording of a member of staff from Entain talking about the black market (no questions were asked).  Some who aren’t as polite might call not turning up in this case as cowardice.

These four players, especially the reputation management organisation have been all over the media telling everyone that black market usage by UK residents has doubled in the last two years.  They have also suggested, a bit like some religious organisations, that increased UK regulation would lead to the ‘end of life’ as we know it.  You do have to wonder if the BGC only wishes to feature on/in ‘friendly’ media, e.g. no interviews with Jeremy Paxman or in this case Winifred Robinson.  Surely, these four highly paid players had confidence in their report and the ability to defend it when questioned?

To be clear J4P thinks any ‘black market’ in gambling is bad news and that it may increase if certain UK regulations were brought in.  Nevertheless, J4P wishes to see solutions being talked about, e.g. geolocation blocking, Gamban, etc.  The ‘black market’ should not be an excuse to avoid better regulation and it certainly isn’t an excuse for highly paid people who profess to have ‘measured’ the problem, not turning up.  Why did they not turn up?

The following couple of excerpts from the PwC report might provide some insight: 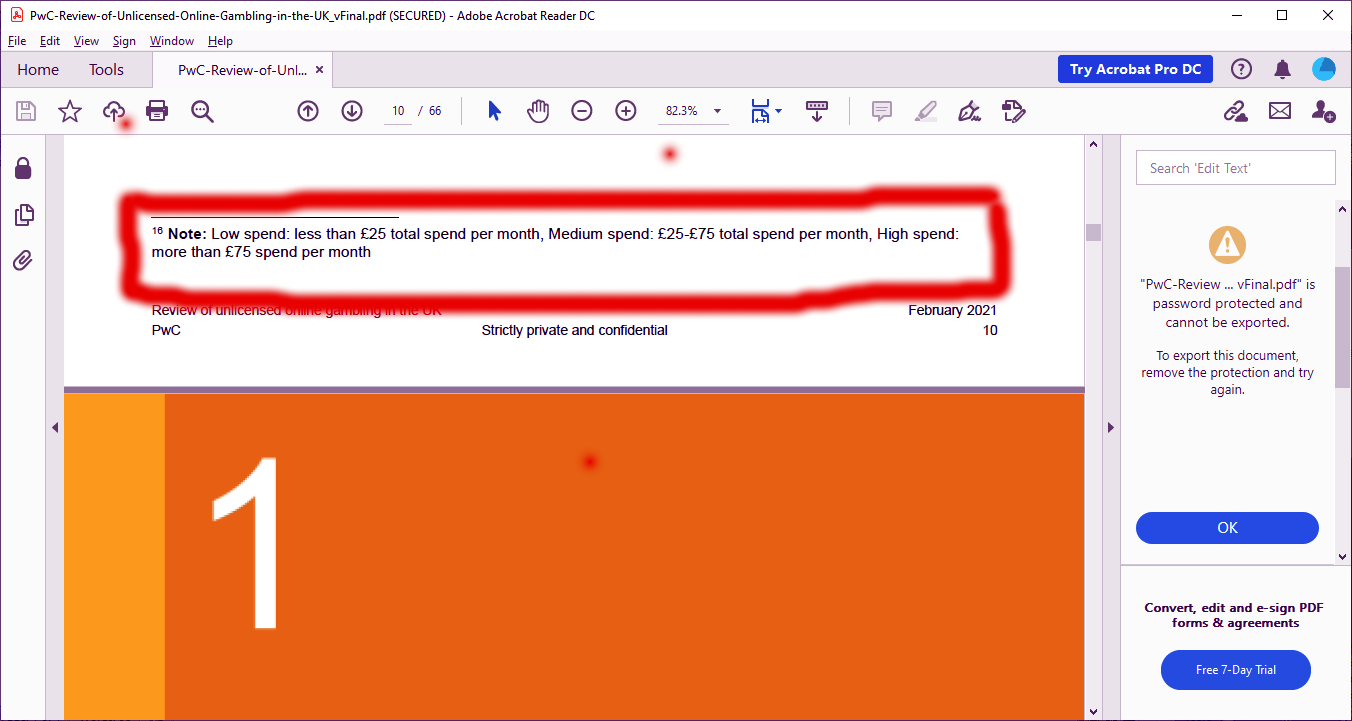 Many, including the BGC, have recently stated that it is absolutely scandalous that UK licensed websites should have to check affordability if there is a loss of £100 per month on a person’s account. Interestingly, the PwC report categorised a high monthly spend on gambling as being £75+. The report doesn’t define ‘total spend’. 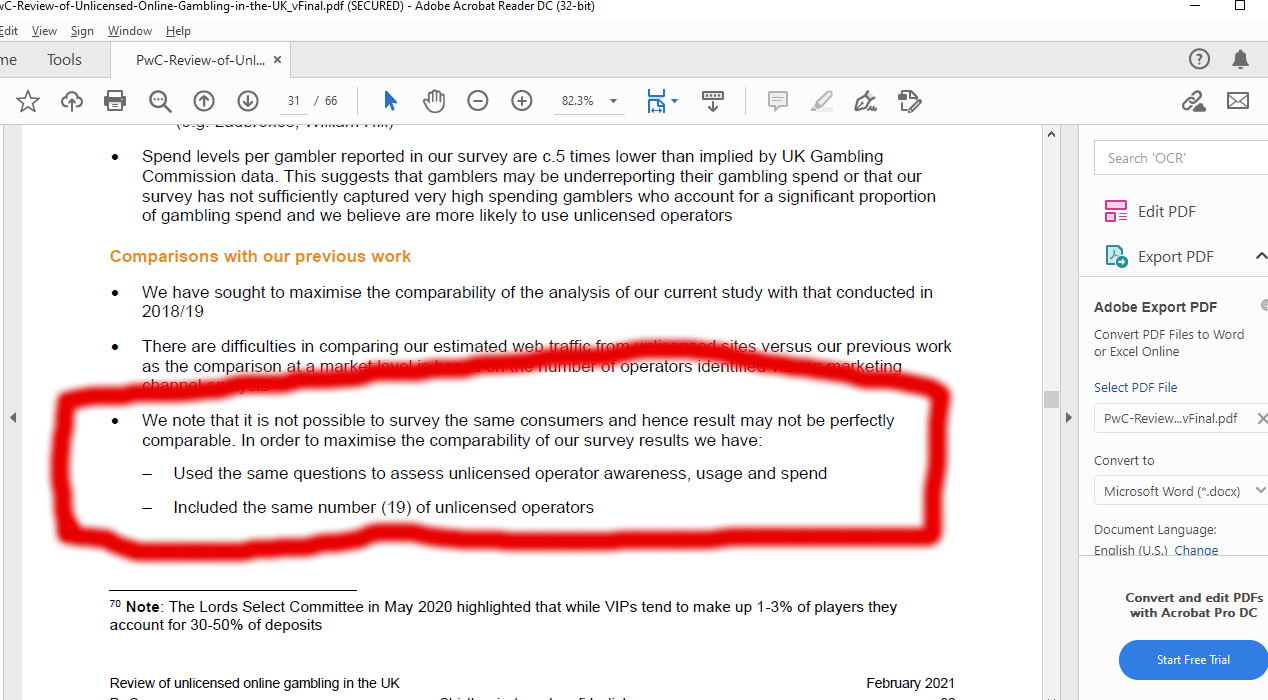 What does figure 2 actually mean?  Briefly, it means that the report makes conclusions based on three cohorts (sometimes merged to two), which aren’t really comparable.  In the report, on occasion, it’s also not clear which cohorts are being compared.  In reality, this means that the report simply describes two or three unmatched cohorts; therefore it’s not possible to compare them and make the conclusions stated.  It’s a bit strange that this really important information hasn’t been mentioned by the BGC who are insistent that ‘evidence led’ work is all they’re interested in.  To the credit of PwC they do list quite a few limitations (weaknesses) of the the study like this one, which is crucial.

Does anyone think that Winifred Robinson and her team might have asked questions about the important issues that figures 1 & 2 outline, therefore it was best not to turn up, lose and have to feel pain?  One can only wonder.

J4P wants to see the black market discussed and addressed, because any expansion of it would be bad news, but you can only do this if you assess the problem correctly and constructively consider how to solve the problem: there is no role for hype.

J4P knows some people and organisations do not like us for continually going on about doing things properly.  J4P makes no apology for this, it is THE only way if you wish to achieve the safest and fairest legal, regulated, gambling market possible.