A discussion forum for 'Justice For Punters' supporters

Fan-Sport confiscate $2503 worth of deposits

This is the forum where you can discuss any aspect of bookmaker injustices you wish. You start the topic and encourage others to develop it with you. Wherever possible do outline or attach evidence that supports what you are sharing, e.g. Live Chat text, screen grabs, emails, letters, etc. It may even become one of our future campaigns!

The other subject specific forums below, do give you ideas to think about, but if you want to post here, please do.

Any advertising for gambling services will be deleted and the user blocked.
Post Reply
1 post • Page 1 of 1

Fan-Sport confiscate $2503 worth of deposits

Fan-Sport.com have closed my account and confiscated $2503 worth of deposits on the grounds of multi-accounting.

I had my original account with Fan-Sport.com where I bet for roughly 3 months in the latter parts of 2019, without them ever asking for any KYC. All deposits and withdrawals were done via Bitcoin and approved instantly.

When explaining the multi-account to Fan-Sport via email I received in reply that they had closed my account. They specifically stated: “Please do not register new gaming accounts in this betting company. We pay attention to the fact all new gaming accounts will be blocked, the bets will be cancelled, the deposits will not be returned and paid-down in cost for work connected with the investigation and blocking.”

This would have been a fair statement on their part if I had continued to make several multi-accounts with Fan-Sport, despite them asking me not to do so. However, that is not the case here. I have made ONE second account with Fan-Sport, I have admitted to doing so, and I have now received a first warning from Fan-Sport (that I intend to comply with fully). In light of this, the fair thing to do (as per industry standard) would be to return the deposits - especially considering we are talking about a substantial amount in deposits where the customer did not withdraw more than deposited.

I tried contacting Fan-Sport via email again 12 days after I received this message of account closure, and asked to be allowed to withdraw my deposits. They did not reply.

My deposits/withdrawals were as follows: 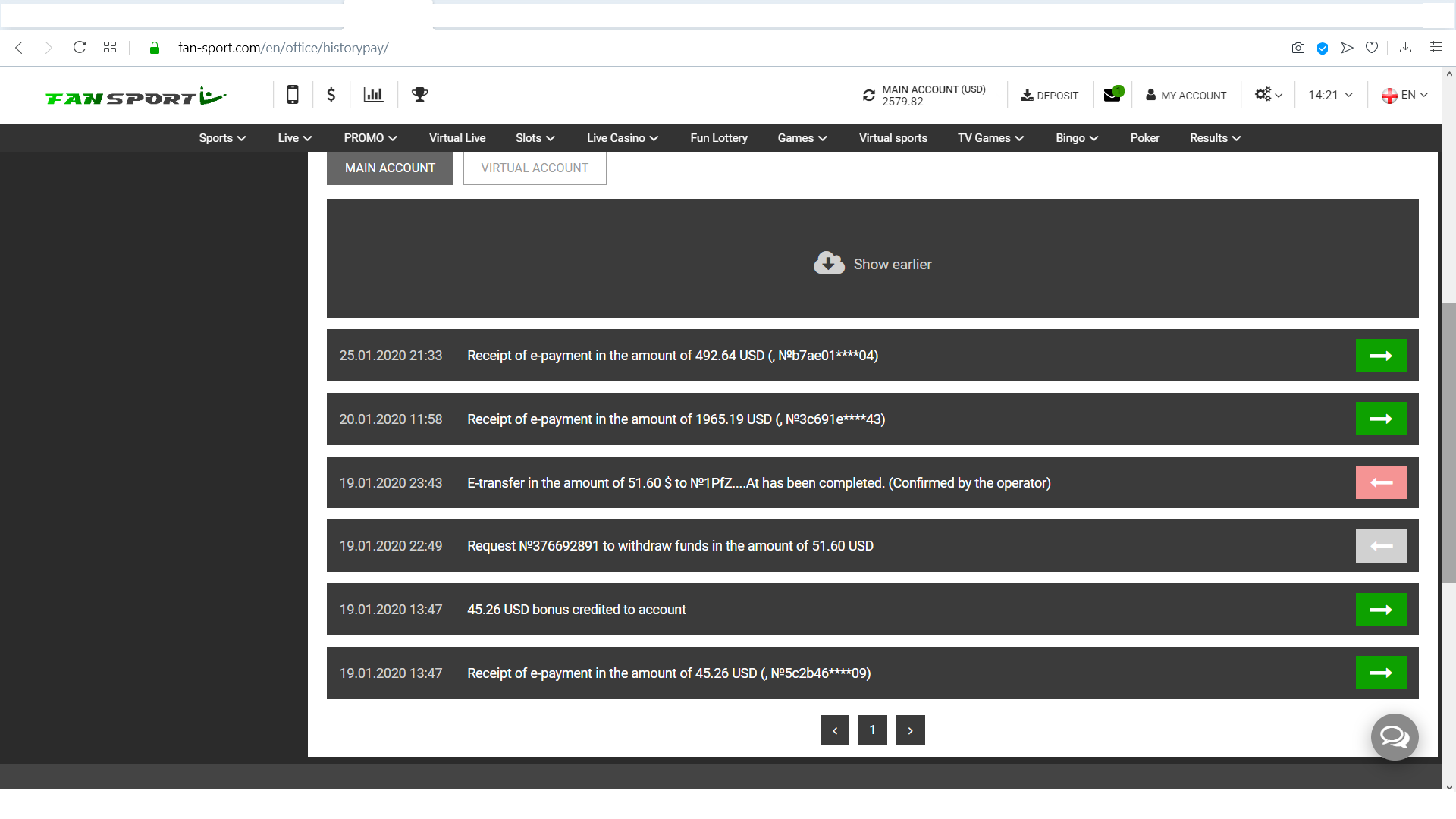 From a juridical point of view, if they accepted my deposits and bets without KYC then they have to process my withdrawals also without KYC.


It says in Fan-Sport’s terms and conditions section 2, rule 33 with regards to multiple registration: 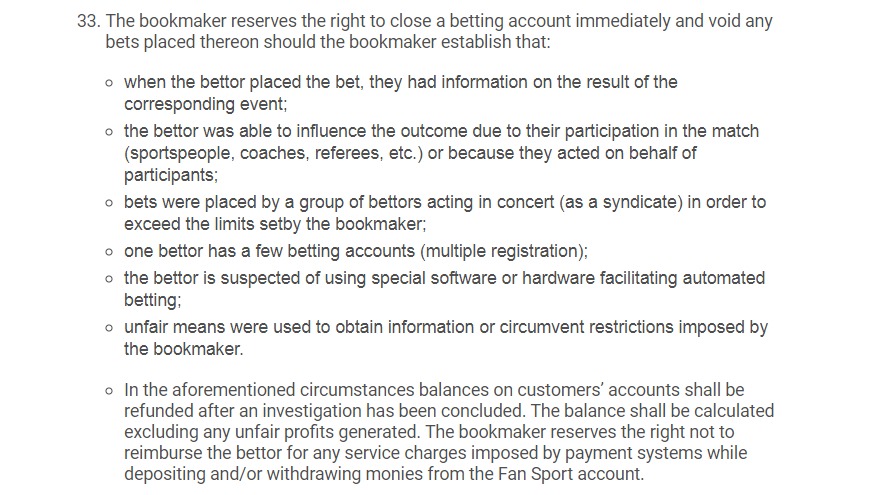 I am fine with the winnings being confiscated, but I also think that Fan-Sport should refund the account balance as they state in the last paragraph there.

Fan-Sport is the official partner of FC Dynamo Kyiv and enjoy a growing reputation in Ukraine and across Europe. If they decide to refund my deposits, then I will have nothing but good things to say about Fan-Sport. I admit I made a mistake and now it is my sincere hope that we can solve this amicably and go our separate ways. I have no intention of ever creating more accounts with Fan-Sport.
Top
Post Reply
1 post • Page 1 of 1

Return to “Complain about bookmakers (any topic)”

Users browsing this forum: No registered users and 1 guest